Julian, an engineer and avid dumpster diver, dated and dumpster dived with his girlfriend, then proposed to her. She said yes! They got married and played a few songs from “Dumpster Diver the Musical” at their wedding! True story!

Julian and Heather played songs at their wedding
Years ago, after I had written the first draft and a few of the songs for Dumpster Diver the Musical, I received an email from Julian. He wrote that he’d found the musical online and as a college student, he had dumpster dived frequently in order to forage for food and other items. It enabled him to save money throughout his college years. He said that the music and the story of dumpster diver resonated with him, and that he would send a donation at some point.

Kris Kemp is a writer, musician, actor, photographer, traveler, and creative entrepreneur. He is the author of a novel, 2 musicals, 5 screenplays, 25 ebooks, and a plethora of journals and blog posts. He specializes in writing copy for landing pages, squeeze pages, sales pages, and email marketing campaigns. Although he has a variety of interests, they share the common theme of freedom--creative freedom, travel/location freedom, health freedom, and financial freedom.

Dumpster Diver the musical – be a part of it

The Characters of Dumpster Diver the Musical, as Illustrated by Kitty O. 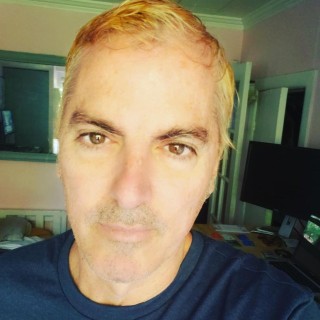